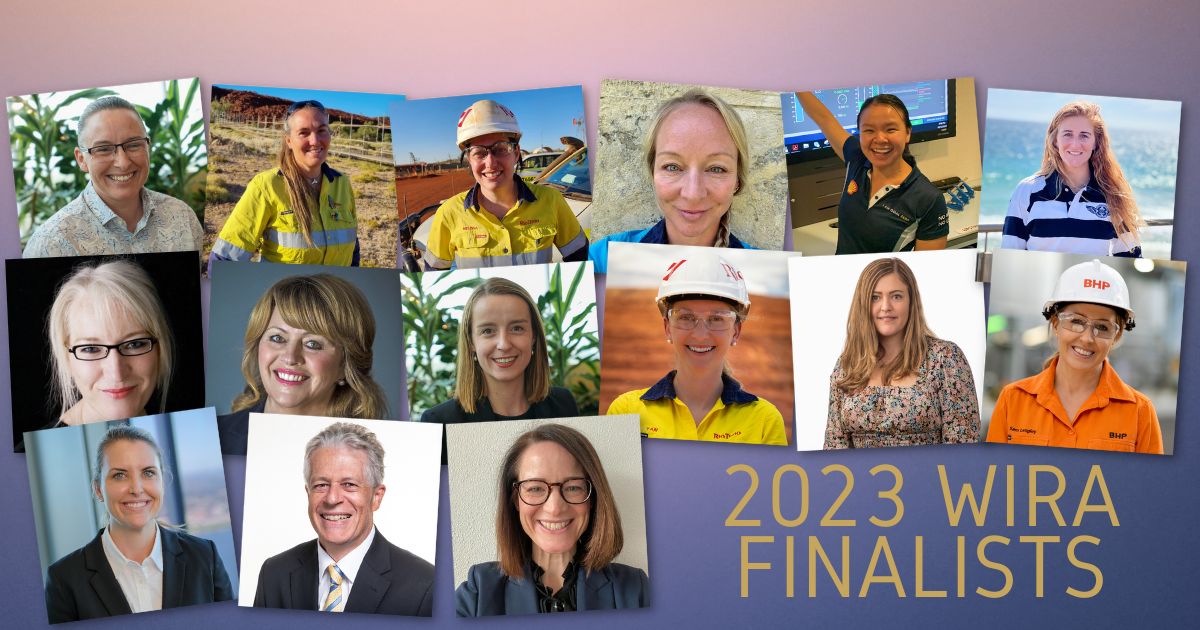 The Chamber of Minerals and Energy of Western Australia (CME) is delighted to announce the 18 finalists for the 2023 Women In Resources Awards.

Now into its 14th year, WIRA recognises the power of gender diversity in WA mining and resources and highlights the outstanding efforts of individuals and companies to deliver progress in this area.

CME received more than 110 nominations for this year’s awards, with the quality of nominees reflected in an inspirational group of finalists, who perform a wide range of on and off-site roles for operations around the State.

There are also three mining and resources sector companies that have been chosen as finalists in the outstanding company initiative category.

“WIRA is an exceptionally significant event in our calendar – and showcases some of the very best people and initiatives in our sector,” CME CEO Rebecca Tomkinson said.

“Gender diversity is an incredibly important topic for WA mining and resources, and CME member companies are committed to recognising, promoting and continuing to support it in all that they do.

“The 14 women, one man and three companies that make up our 2023 WIRA finalists are the embodiment of that commitment.

“CME and its member companies are proud of the growth in female participation in our industry over the past decade, particularly the increasing number of women occupying leadership roles.

“We also recognise that gender diversity remains an area in which there is still significant work to be done. It’s crucial that we have events like WIRA to celebrate the extremely valuable contributions being made by women in the WA mining and resource sector and shine a light on the amazing career opportunities that are out there.”

The 2023 WIRA presentation dinner will be held at the Perth Convention and Exhibition Centre on Friday March 31.

The 2023 finalists are as follows: