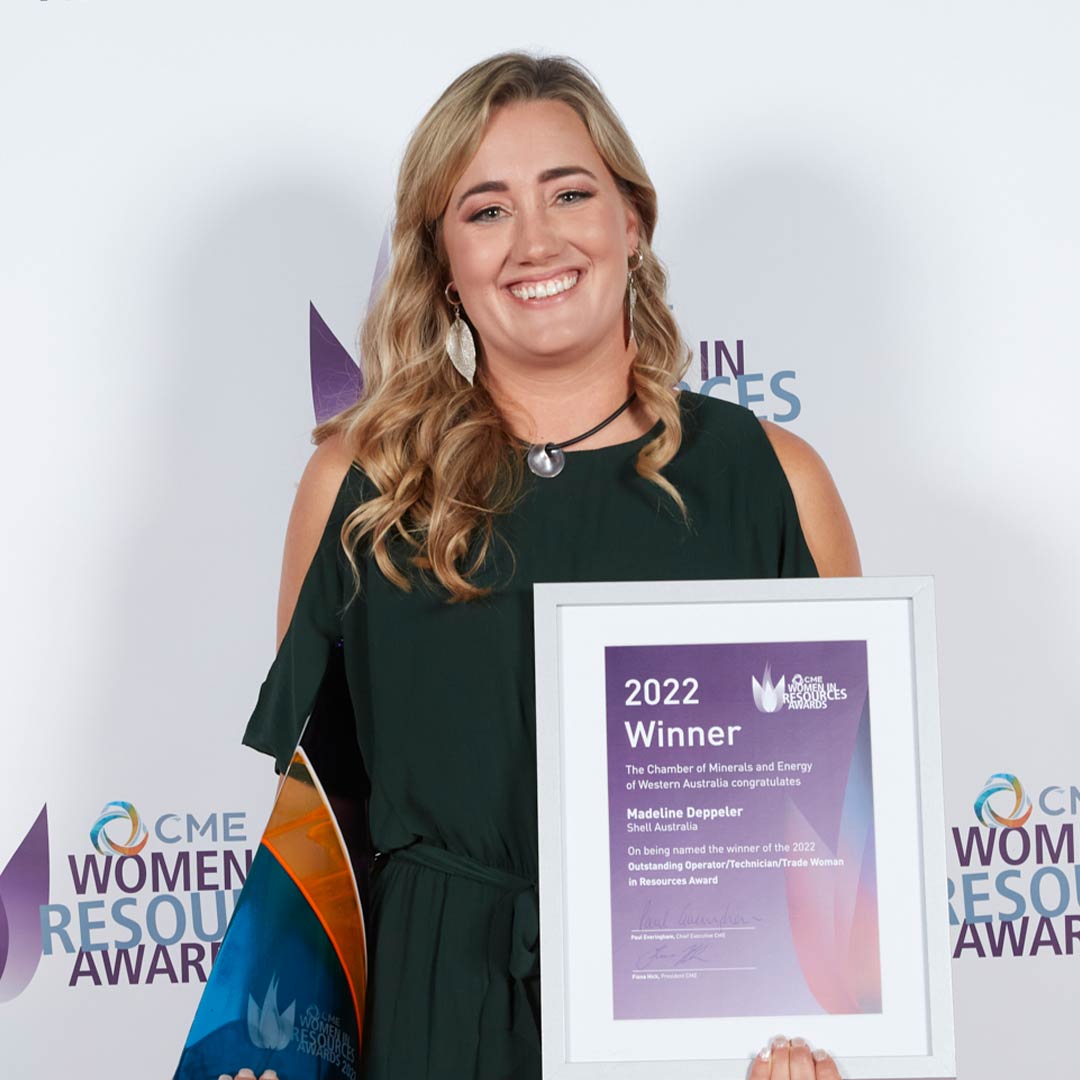 Only 0.012 per cent of the world’s merchant navy workforce are women – but Madeline Deppeler overcame the odds to become one of them. Growing up in the small coastal town of Apollo Bay in Victoria, Madeline decided early that she wanted to become a ship’s captain and began applying for cadetships at age 14. 9 months after finishing pre-sea training she was finally offered a cadetship with an international shipping company, she faced many challenges during her time at sea in a male-dominated environment but she persisted and 13 years after walking up her first gangway she acquired a Master Class 1 Certificate. This certificate allows her to sail as captain on any size vessel anywhere in the world and has only been accomplished by 21 women in Australia.

She is currently employed as a Lead Terminal Technician at Shell’s Prelude floating LNG project, where she describes being part of the team taking the first cargo import as a career highlight. Madeline mentors in both formal and informal capacities, speaks honestly to other women about her experiences and challenges as a female in shipping, and has also raised awareness about the impact of COVID on people working at sea.