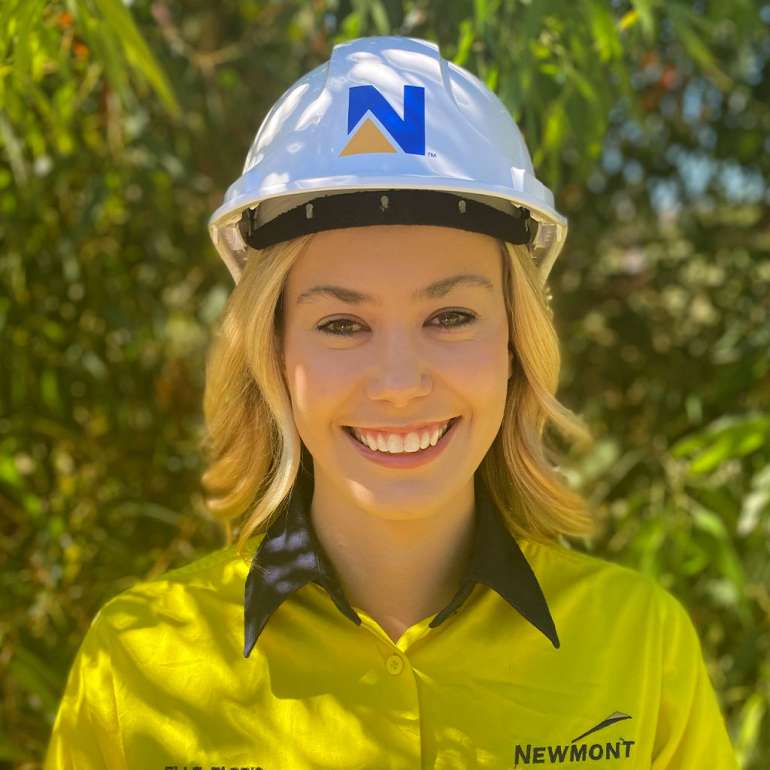 Elle grew up in country WA and overcame a tough childhood that included her father’s early death and caring for her mother from an early age, to earn a scholarship to the John Curtin College of Arts. Beating the odds has been a strong theme throughout Elle’s career and despite working to support herself and her mother through high school, she used her time at John Curtin to achieve the marks required to study law at the University of Western Australia.

After completing her law degree in 2016, Elle started her career at leading international law firm Allens, where she worked with major resources sector clients. But by 2019, Elle had a tough choice to make – stick with Allens or accept an offer to work in-house at gold miner Newmont as Corporate Counsel. She chose the latter and her career has gone from strength to strength, including assisting with the divestment of Newmont’s 50% stake in Kalgoorlie Consolidated Gold Mines and negotiating and drafting Newmont’s first autonomous haulage agreement which has seen Newmont become the world’s first gold miner to implement autonomous haulage.

Elle is a passionate advocate for diversity including increased female involvement and participation in the resources sector.