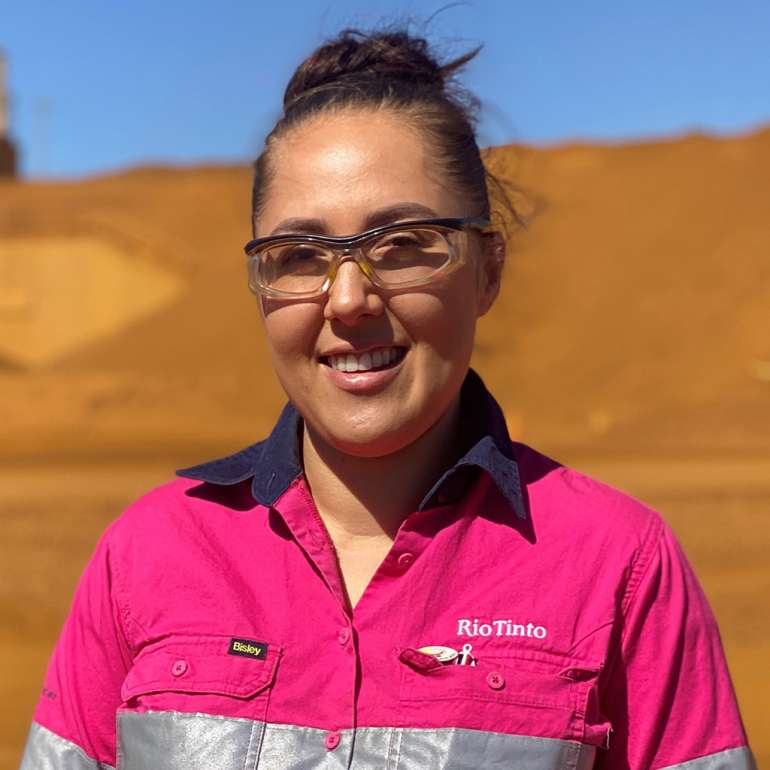 Samantha spent much of her teens in a small rural New Zealand community known for its low-socioeconomic status – but turned those challenges into a determination to succeed that helped her study for a Bachelor of Spatial Design and become the first person of her family’s generation to graduate from university. She first moved to WA in 2012, then joined the resource sector in 2013 resulting in her first FIFO position flying to Karratha, as one of only 12 women in a camp of 2000 people. The following year Samantha joined Rio Tinto’s West Angelas operation and, with a strong drive to succeed, moved through a variety of roles in administration before being appointed in 2016 as a Haul Truck operator and then becoming a Capital Project Coordinator in 2021.

Samantha’s love for helping others has seen her serve as an on-site safety representative, take on peer support coordination duties around events such as R U OK day and Purple Bra Day, and work as a Village Committee member to improve camp experiences for her colleagues. She is particularly passionate about mental health and is always on hand when someone on-site needs a chat or guidance to seek further assistance.