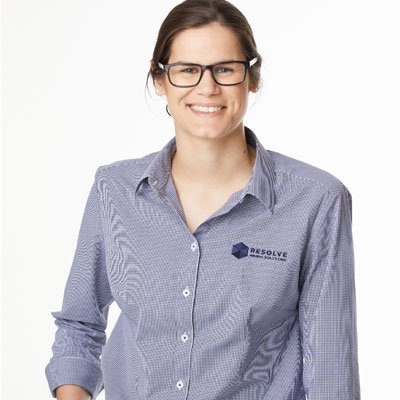 A strong advocate for gender diversity and LGBTQ+ inclusion, Stephanie Graskoski started out as a civil engineering student at university but changed her major to mining after undertaking work experience in the resources sector.

The lack of women involved in underground mining when Stephanie began her career only strengthened her resolve to demonstrate that gender was irrelevant to success in the sector. Stephanie’s own resilience and determination were showcased by her completion of the Chartered Financial Analyst (CFA) program, which involved waking up at 3.30am to study before undertaking 12-hour FIFO shifts.

From a technical perspective, Stephanie has managed the implementation of the Dingo, Dispatch & Go software at the Telfer underground mine, led a trade delegation between the BHP Innovation team and the Embassy of Israel in Australia, and presented at the International World Gold Conference. She also recently gained a First Class Mine Managers certificate.

Stephanie and her partner co-founded Pride Professionals to help create a professional community for LGBTQ+ individuals and allies. During her time with BHP she was co-lead of the company’s LGBTQ+ group Jasper and led its first entry into the WA Pride Parade. She has also served as a mentor with the Australian Indigenous Education Foundation, and is a current WAFLW League Football Player with the Swan Districts Football Club.