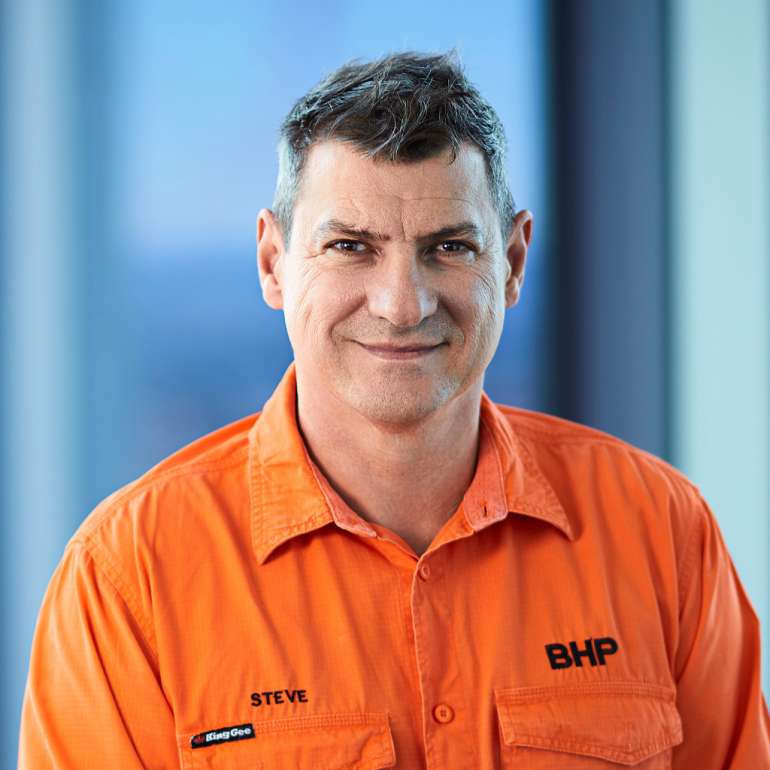 Steve has more than 20 years’ experience in mining and has been a long-time advocate for opportunities for women in the sector – having first started implementing flexible work options for parents returning to work in the early 2000s. As BHP’s Rail Operations Manager, Steve actively promoted females into leadership roles and established a gender-balanced leadership team for the first time in the company’s 50-year rail history, while also establishing a new-to-industry rail shunting school that attracted 60 per cent females hired locally in the Port Hedland region.

In 2021, Steve took on the role of General Manager of South Flank, the largest new iron ore mining facility in Australia for more than 50 years, with 41 per cent female participation among its 800 employees and ambitions for gender balance by the 2023 financial year.